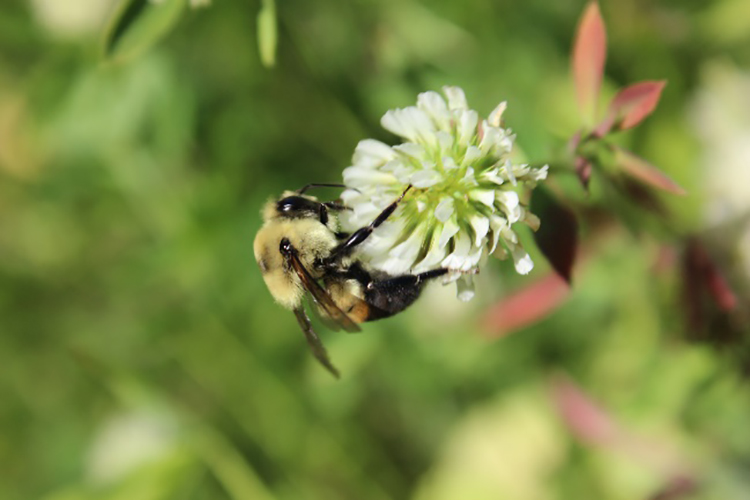 From hurting cash crop yields to being the silver bullet that will simultaneously address every production challenge, cover crops come with a number of myths.

Myths surrounding cover crops typically fall into one of two camps. The first camp is that of detriment, with concerns about available moisture being sucked up in a drought prone area or fear that cash crop yields will be hurt. The second is misplaced expectations – placing cover crops on a pedestal as the Holy Grail to simultaneously fix every production woe. 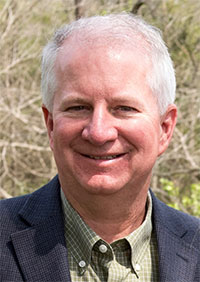 Below, Rob Myers, Director of the Center for Regenerative Agriculture at University of Missouri, and Jerry Hall, Director of Research for GO SEED, bust eight of the most common cover crop myths.

1. There will be interference with cash crop production

“This is the most common myth out there. Understandably, farmers have a lot of acres to plant in the spring and need to do it when the weather window is right,” explains Myers.

From data collected in the 2019-2020 National Cover Crop Survey, conducted by the non-profit Conservation Technology Information Center, farmers utilizing cover crops were found to often plant earlier following a cover crop due to an improvement in field conditions. This was evident in 2019 when 19 million acres were not able to be planted due to an oversaturated spring. Farmers that were planting green into a standing cover crop reported that they were often able to get into the field when their neighbors practicing conventional tillage were not. Sometimes the difference is just a few days, but every day counts in a busy spring planting season.

However, making sure a cover crop doesn’t interfere with cash crop production does come with consideration. If cover crop termination is timed wrong, planting can be delayed due to the decaying cover crops creating a wet mat across fields – termination timing is especially important to get right if the cover crop was high in biomass. First time users of cover crops may want to experiment with planting green on a modest acreage before making it a common practice.

In a business running on tight margins, farmers looking to integrate cover crops into their systems are right to be concerned about the impact they can have on yield. The myth about cash crops seeing a reduction in yield following cover crops typically stems from issues seen when a monoculture of cereal rye is used before corn.

“A monoculture of cereal rye has a high carbon to nitrogen ratio (C:N). As a result, the microbes in the soil will utilize the nitrogen applied during the sowing of corn so that it can break down the high C:N organic material from the cereal rye. The microbes will tie up nitrogen in the soil that the corn needs early on and the corn yield can suffer as result. To avoid yield losses in corn following cereal rye, be sure to provide extra nitrogen at the time of planting corn or sow other species with the cereal rye that have a lower C:N ration, such as clovers, peas, or vetch,” says Hall. “Terminating the rye early can also help avoid nitrogen tie-up issues and potential yield loss as the C:N ratio will increase as the plant matures and the percent lignin increases.”

Aside from adjusting nitrogen applications in a case like this, yield reductions can also be avoided by simply matching the cover crop life cycle and nutrient output to the cash crop. 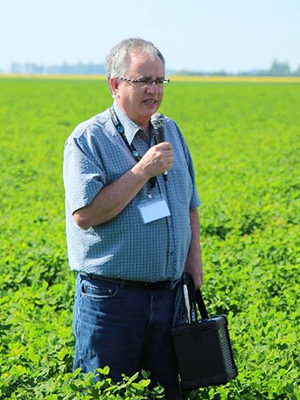 To keep seed costs down, GO SEED’s Director of Research Jerry Hall recommends producers select quality seed that has had a germination test and to adjust seed rate to reflect seeds per pound.

“For example, soybean crops will benefit from nitrogen later in the growing season. If the soybean is following a high C:N cover crop such as rye the soybean plant will respond by forming a more robust root system and form greater nodulation and associations with rhizobia. This typically results in a small yield bump following cereal rye, with the yield difference increasing over a period of years as soil health and rhizobia population in the soil improves,” explains Hall. “As a rule of thumb, high C:N covers before legumes and low C:N covers should precede grains.”

More importantly, don’t throw the baby out with the bathwater over this myth and keep the overall production picture in mind. According to Myers, taking a more holistic approach will not only allow input efficiency in the short term, but our data shows that it will improve productivity in the long term due to soil health improvements.

“Don’t expect miracles, but a 3-5% increase in yield after a few years of strategic cover crop use is not out of the question. Bigger yield benefits from cover crops will likely be seen in dry years and sometimes in excessively wet years, as cover crops improve the resiliency of the cropping system through soil improvements,” says Myers.

3. Water availability will be reduced for the subsequent crop

Decades ago, there were huge concerns about cover crops sucking up too much ground moisture, reducing availability for the subsequent cash crop. According to Myers, the improvements that cover crops contribute to soil resiliency make this concern no longer relevant for most producers. Diverse root structures will aid in water and nutrient circulation while helping soils drain. Higher levels of organic matter will also serve as a sponge to lock moisture into the soil.

“While the benefits are many, producers in areas with low annual rainfall or regular extended dry spells do need to manage cover crops based on weather patterns to ensure moisture availability is not an issue for the following crop,” explains Myers. “For example, if an area is heading into a dry spring, then it is best to terminate the cover crop early to ensure adequate soil availability ahead of planting. If weather conditions are going to be more saturated, then the cover crop can be allowed to keep growing longer and can help reduce excess soil moisture.

“With that being said, it is a smart practice for any producer in any part of the country to pay attention to weather when forming a cover crop termination strategy.”

4. New pests will be introduced

With the introduction of new species in a field, comes the concern of attracting new pests.

In certain regions, slugs are at the top of the list due to residues giving them an ideal environment but adopting different management strategies will help mitigate this. If a cover crop is terminated well ahead of planting and biomass disintegrates, slugs will likely go after the emerging cash crop.

“If termination happens at planting or shortly after, slugs will typically remain on the cover crop and damage to the emerging plants will be significantly reduced,” adds Myers. “Adjusting use of insecticide seed treatments can also allow for more ground beetles that are the natural control agent for slugs.”

Another pest that draws concern is voles. Their presence varies from county to county and even farm to farm, but increased residues from cover crops or no-till can cause a surge in population.

“Fieldwork is finding that planting things like crimson clover and brassicas tend to be less attractive to voles than the likes of winter cereals such as cereal rye. Another helpful tactic for thinning out the population is to encourage birds of prey to the area by providing field edge perches,” says Myers.

Perhaps the biggest concern regarding pests is the “green bridge.” The idea of a green bridge is that some insect or disease pests may feed on the cover crop and then move from the cover crop to attacking the emerging cash crop. While researchers are still studying how much of a problem this is, early indications show that there is less of an issue with insects jumping from the cover crop to a newly emerging crop if termination happens shortly after or immediately before planting the cash crop.

5. Soil temperatures will remain too cold

According to Myers, this myth originated from issues northern farmers were having when first starting no-tilling and soil temperatures were slow to warm up in the spring which eventually led to the adoption of strip-tilling in cooler regions.

While dead crop residue in a no-till system can keep soil temperatures cooler in spring, it is a different ball game once cover crops are introduced. Having a living and growing crop in the ground creates a respiration system that generates energy. The extra energy in the living cover crop system and active soil microbial system usually leads to soils that are comparable in temperature to tilled fields and warmer than no-till fields with no cover crops.

6. Pollinators will be fed

“Cover crop maturity is only part of the equation. To best support a thriving habitat for pollinators, we also need to provide more biodiversity. Sometimes that is possible to do with field borders, but it will be more effective if carried throughout the entire field,” says Myers.

To do this, he recommends planting a small grain with a multi-species cover crop “cocktail” that can provide pollen sources through the summer and into the fall. Such diverse blends of cover crops, if planned well with some high biomass species, can also help speed up the process of soil health improvements.

7. Seed is too expensive

In 2012, the National Cover Crop Survey found cover crop seed to cost between $20-40 per acre with a median of $25 per acre. As time has gone on and management practices have improved, farmers have significantly economized through more efficient application and drilling. In the most recent survey, cover crop seed cost is now running between $15-20 per acre on average. Some producers get costs down to as low as $10 per acre.

“When looking to cut costs, it is important to note that it does pay to buy quality seed that has been tested for germination and purity, and that comes from genetics proven to perform – otherwise, a cover crop is set up to fail before it is even in the ground,” says Hall. “It is also important to look at seed counts per pound of seed. Sometimes there can be large variations within a species, by adjusting your seeding rate to reflect the seeds per pound you can save a substantial amount of money per acre.”

According to Myers, there is currently more money than ever before in government programs that provide cover crop incentive payments, so producers looking to reduce seed costs should also reach out to the NRCS and state programs for available opportunities.

“It’s important not to solely focus on seed costs. As mentioned before, over time cover crops will improve the soil and really start to pay for themselves. A national USDA-SARE report on cover crop economics found that cover crops typically break even in profit for corn and soybeans within three years of use, providing a net profit for years afterward,” adds Myers. “Some practices, such as using cover crops to help with herbicide-resistant weeds, deal with compaction, or for livestock grazing can speed up the profit return. Because of the long-term gains to profitability, most farmers who give cover crop a fair trial for a few years swear they will never go without them due to the positive returns that occur with time.”

8. They are the silver bullet

When implemented strategically, cover crops can build organic matter, improve soil structure, combat erosion and compaction issues, fix notable amounts of nitrogen, increase water holding capability… and the list goes on. But here’s the catch-22, cover crops cannot fix production issues overnight, and some cover crops are better than others for certain objectives such as weed control or nutrient management.

“Instead of being a silver bullet that completely fixes a single problem, cover crop’s function more like a silver shotgun providing broad coverage to gradually improve cropping system challenges,” concludes Myers. “It is best if they are used with specific goals in mind. Addressing field challenges with cover crops is going to take time, patience and strategy.”