If manure spills, how will you respond?

Proper clean up after a manure spill incident can protect the environment and a farm’s reputation. 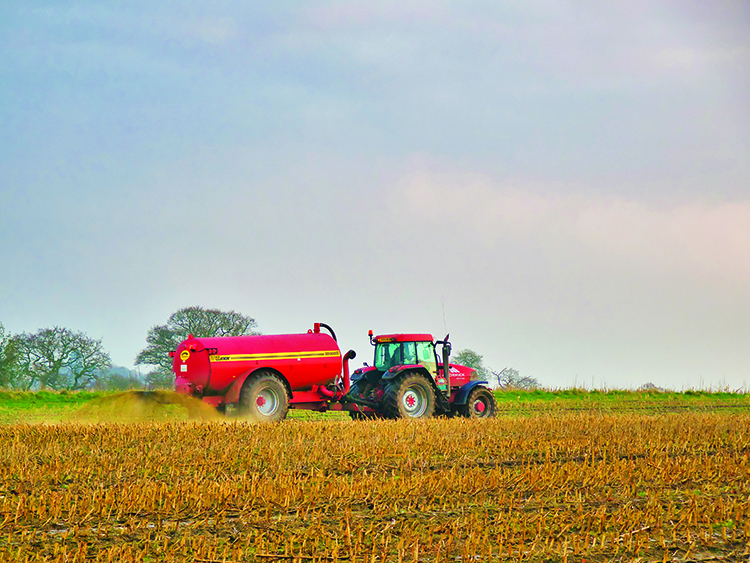 The best way to deal with a manure spill is to anticipate what could go wrong before it happens and make adjustments to avoid an incident altogether.

When it comes to accidents that lead to manure spilling where it doesn’t belong, University of Wisconsin-Madison Division of Extension specialist Kevin Erb asks farmers to remember this Warren Buffet quote:

“It takes 20 years to build a reputation and five minutes to ruin it. If you think about that, you’ll do things differently.”

“Your dairy has a reputation, and your neighbors and renters look at your operation through a certain lens,” he said. “If they look at you like an environmental steward, you are much more likely to get forgiveness if something goes wrong. You really think about things differently if you keep that in mind.”

Erb explained that the definition of a spill varies by situation and by state. In some parts of the country, a certain number of gallons lost is considered a spill. Other states, like Wisconsin, take a more pragmatic approach, he said, considering the potential a spill has to impact humans or the environment.

He emphasized that accidental manure spills happen; tankers tip over and hoses break. Where a farm can get into trouble is when no action is taken to report the spill, document the steps taken, clean up the manure, and restore the area.

“Knowing what you are going to do in this situation is essential,” Erb said. “You have a responsibility to report a spill.”

“Spills do happen,” said the state’s Spills Team Leader. “What we want you to do is have a spill plan in place.”

Erb and Ross reminded the audience that medical attention takes precedence if someone was injured in the incident.

“It’s really critical that the safety of employees, and getting medical attention if needed, takes priority,” Erb said. “Once that is addressed, then you are asking how do I control this, and how do I keep the spill from getting bigger?”

Ross agreed with that priority list, sharing his team’s 5 C’s of a manure spill response:

As part of a spill response plan, Erb said to have necessary contact information handy so that the incident can be properly reported.

“When an accident happens, we don’t think straight,” said Erb. “Have the spill hotline phone number programmed into your cellphone.”

Ross said that most states have some sort of spill response program in place. In Wisconsin, for example, there is a hotline that is staffed 24 hours a day. When someone calls that number, information is gathered and a report is created. That report is sent to the region’s spill coordinator, who will take the next steps as necessary.

Who should make that call? Ross said in Wisconsin, the law reads that the causer, owner, or possessor of the manure needs to report the accident. Erb added that just because a sheriff arrived at the scene does not mean the spill was reported to DNR yet, so be sure to make that call.

Some farms may avoid contacting the DNR or other officials, but the speakers said to not be afraid to report an incident. Erb shared that most farmers who cooperate in reporting and clean up don’t face a financial penalty as long as there isn’t environmental damage.

Ross added, “We (spill response coordinators) exist not to get you in trouble; we exist because accidents happen and we want to help you.”

If you have a spill and take all necessary precautions, he said, that will be saved in your file and help build your reputation. “Spills happen, and it’s not illegal,” he said. “It’s going to be in your favor to work with us.”

Ross said to err on the side of caution in terms of reporting. Oftentimes, the responsible party may clean up the area and think it is okay, but without calling the DNR or another agency to do an assessment, problems could be revealed down the road.

“Avoiding impacts to the environment, that is going to be our main concern,” Ross said. “Our goal is to make sure that the area is restored to its intended use.”

All manure spills are not created equally. “It’s really important to realize that 5 gallons of manure spilled right next to a trout stream is a much different situation than 500 gallons in the middle of a flat cornfield,” Erb said.

Still, Ross shared that manure is defined as a hazardous substance that has the potential to impact human health or the environment. “All spills need to be cleaned up, no matter how large or how small,” he said.

Use your best judgment

To avoid spills and run off, Erb offered the following pieces of advice.

“You as the farmer know your fields and know the soil. You need to use your best professional judgment,” he said. Sometimes that means applying a lower rate of manure than is stated in the nutrient management plan if there is the potential of runoff due to poor soil conditions or impending rain, for example. “Using your best judgment before you enter that field is critical,” he said.

Again, he encouraged farms to have a spill response plan in place and the spill hotline programmed into a cellphone. Also, be certain employees know what is expected of them in the case of a spill.

“We know accidents will happen. Do your best to prevent that,” he said. Walk around equipment before you load to confirm there aren’t any problems. Make sure employees are empowered to make decisions about application.

In addition, look for risk factors. Erb said 40% to 45% of spills are transportation related. One way to minimize these issues is to lay drag lines out properly so they won’t scrape against a metal culvert or anything sharp that could cause a hole.

Erb said he can often predict when problems with transportation are going to happen. For example, if rain is in the forecast, he said people are more likely to hurry and take mental shortcuts.

“Step back and make sure you are taking the time to do things properly, that you’re not rushing yourself, and that will prevent a lot of these accidental spills,” he said.

“Be prepared when a spill happens, clean it up, and document what you did,” he concluded. Erb said that dairy and livestock farmers have learned that it is better to be proactive in these types of scenarios to aid in clean up and maintain the farm’s reputation as stewards of the environment.

This article appeared in the May 2021 issue of Journal of Nutrient Management on pages 22-23.

Don’t become a statistic Next

Let’s be professional about it Previous
Also in On The Move
A story about sludge
The heavy truth about hydrogen sulfide
Put your best foot forward
By Abby Bauer, Editor
Inspired to farm closer to nature
Small but mighty
Moving down the manure pipeline
A story about sludge
Working in harmony
Words of wisdom