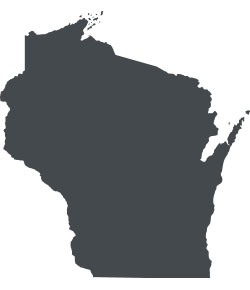 WISCONSIN
An ordinance crafted by a partnership of six towns in northwestern Wisconsin this spring would allow for more local input and control over farms with more than 500 animal units, addressing concerns about odor, water and discharge runoff, carcass disposal, air emissions, water use, and more.

At 500 animal units, the restrictions would affect farms half the size of what is officially defined and regulated as a concentrated agricultural feeding operation (CAFO), and local and state groups are challenging the town’s ability to do this. The Dairy Business Association contacted officials at the state’s Department of Agriculture, Trade, and Consumer Protection, asking them to review the ordinances passed in these towns to determine if they are consistent with state law. Meanwhile, the Wisconsin Manufacturers and Commerce lobby group threatened a lawsuit against one of the communities for provisions found in its ordinance.

The ordinance for the towns in Polk and Burnett counties began as a response to a proposed 26,000 head hog farrowing operation that wanted to build in the area. As of press time, the ordinance had been passed by three of the town boards and was to be presented to the others in the following weeks.

This article appeared in the May 2022 issue of Journal of Nutrient Management on page 5. Not a subscriber? Click to get the print magazine.