Organic matter is a measure of soil health

By Amber Radatz     Matt Ruark And   Erica Gentry
The authors are with the University of Wisconsin-Madison Division of Extension’s Discovery Farms program.

Soil health has become a common part of the discussion for cropping and nutrient management systems. While soil health is more conceptual, soil organic matter often enters the conversation as a way to measure progress toward soil health benefits. However, the two aren’t necessarily interchangeable.

For farms engaging in soil health practices and discussions, it is valuable to understand the intricacies of soil organic matter and the way it will be used in the future for farm and environmental management. The science of soil health and soil organic matter is in its infancy. By providing a summary of the state of the science, we hope it will help bring context as you come across new results.

What is soil organic matter? 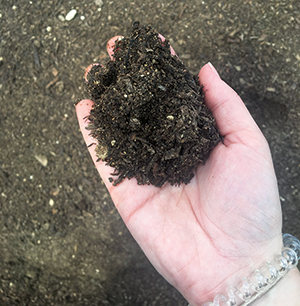 Soil organic matter (SOM) is a key component of both soil health and soil fertility, and there is renewed interest in building SOM for improved soil function. SOM (or soil organic carbon, which compromises the majority of total SOM) is included in nearly all lists of soil health metrics. For example, the Cornell Assessment of Soil Health includes SOM (via loss on ignition) as part of the basic package. Historically, nearly all farmers have at least one measurement of SOM on their fields as it is included in most standard routine soil fertility packages offered by soil test labs.

Soil organic matter (ranging from 1% to 5% in most soils) is comprised of dead plants and organisms, as well as animal wastes, in various stages of decay. The majority of SOM exists in a stabilized form, historically referred to as humus. This highly stable material is the carbon that is bound to clay particles or found inside of soil aggregates. Soil aggregates are stable pieces of soil that are a mix of silt, clay, organic material, soil bacteria, and fungal hyphae.

Some SOM exists on the outer edges of aggregates or outside the aggregate completely. This part of the organic matter is referred to as the active pool, which “turns over” during a single growing season. In other words, it’s the pool of organic matter from which plant-available nutrients are released.

The active pool of SOM consists of permanganate oxidizable carbon (POXC) and mineralizable carbon (min-C). POXC can be measured by a lab analysis that uses chemicals to oxidize carbon into CO2. Lab tests for min-C measure the amount of carbon consumed by soil microorganisms in a short period of time. Both POXC and min-C are popular biological soil health indictors that allow us to track progress in achieving soil health goals. They also help us to better guide nutrient management decisions on a shorter term basis than relying on total SOM measures alone.

What is the value?

There are multiple potential benefits to boosting SOM. Two popular reasons are to elevate yield potential of the soil and supply nutrients to crops. 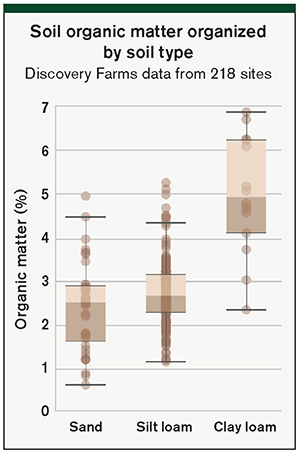 A recent global analysis revealed that both corn and wheat yields rose with increases of SOM (in the upper 6 inches) up to 4%. For a more regional analysis, studies from Wisconsin and Minnesota Discovery Farms revealed similar trends using data from 218 farm fields (see figure). While there are certainly a lot of other factors to consider in order to improve corn yield, there appears to be evidence at both the global and regional level that there is agronomic value to building SOM.

Using measures of SOM, especially total SOM, to guide nitrogen fertilizer recommendations can be complicated, and the strategies vary by state. There is evidence that POXC and min-C can be valuable measurements to guide decisions. Research at several universities across the country is being done to untangle the connection between these carbon measures and nitrogen rates to predict the degree to which a site will be responsive to nitrogen. Ultimately, the results will be used to develop regional recommendations for using these soil tests in nutrient management planning.

How can we build it?

There are two key factors in building soil organic matter: adding more carbon into soil and protecting carbon after it’s applied. Improving carbon input into soil can come from crop residues, animal manures, and cover crops. This has been a very active area of research for several decades.

Crop residues have been widely shown to be an important driver of SOM. Cropping systems with greater biomass returned to the soil, such as continuous corn rotations and rotations with alfalfa, build SOM. 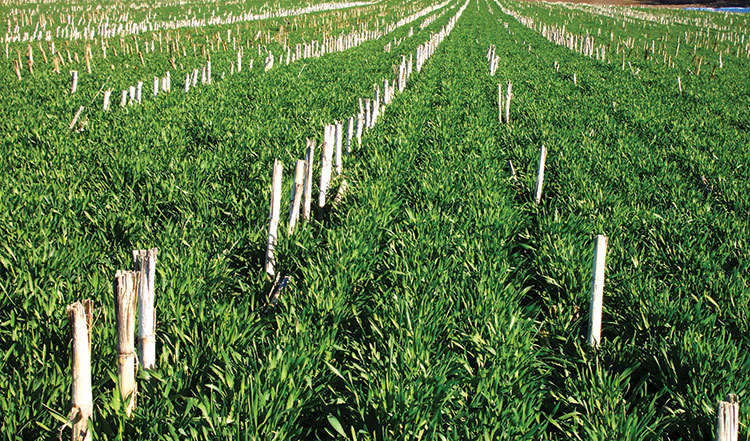 A cover crop of rye grows in the spring.

Manure additions to soil have been proven to elevate SOM over time compared to just N fertilization alone. General trends in long-term cover crop research show that increases in organic matter can be obtained with long-term cover crop use. Bigger gains in SOM can be realized when more cover crop biomass is grown and for more consecutive seasons.

Protection of SOM comes with a reduction in tillage. Reducing or eliminating tillage helps allow soil aggregates to form and stabilize, protecting the carbon that was added to the soil. Tillage breaks up soil aggregates and enhances the oxidation rate of residues. Allowing this process to happen without soil disturbance lets stable aggregates form, thus securing more carbon in the soil.

Increasing carbon inputs with manure or cover cropping is very system specific. Factors like soil texture, weather, crop rotations, and history of tillage and manure all play important roles. Wisconsin and Minnesota data show that soil texture is a driving factor, as soils with higher clay content are able to store more carbon than sandier soils.

Collectively, building soil organic matter (as well as active carbon pools and soil health) is a long-term game. But there is an abundance of evidence that improving SOM is both possible and advantageous for productivity. We certainly don’t want to suggest building SOM will be easy — incorporating manure, cover crops, and reduced or no-tillage into cropping systems come with challenges. Ultimately, though, it is a worthwhile endeavor.

This article appeared in the February 2021 issue of Journal of Nutrient Management on pages 6 and 7.

Farmers need to lead the charge Next