Hayfield manure injection is an option 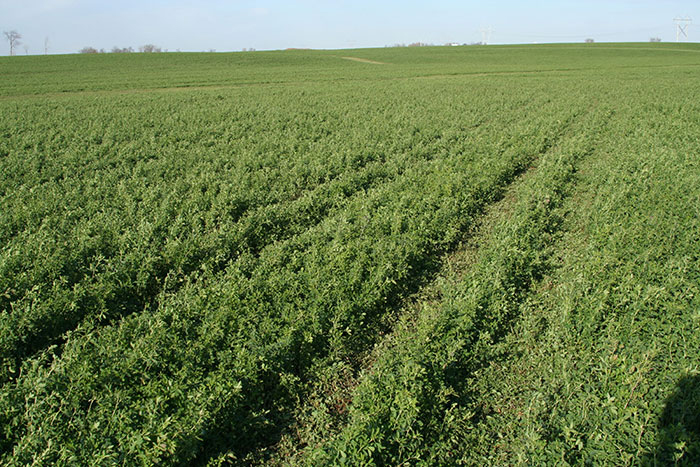 Injecting manure into tilled fields or after an annual crop has been harvested is a common practice. Doing the same into a perennial forage hayfield has been viewed as more problematic because of the potential for mechanical root or crown damage that might affect future production.

Researchers at Cornell University in Ithaca, N.Y., recently reported on a study that evaluated the impact of injecting manure with shallow disks into perennial forage stands of grass and alfalfa. They evaluated both the effects of the manure on forage yields and the impact of the injection disks on subsequent forage production.

The applications of manure were applied as follows:

Here’s what they found

The second-year alfalfa stands did not respond to manure additions, and yields in 2015 were more than double that of the older alfalfa stand.

Shallow injection versus surface applying manure did not impact forage yields in any of the three types of fields used for the study. Mechanical damage to plants in this study did not appear to be a yield-limiting factor.

More details on the research trial can be found on Cornell’s What’s Cropping Up? Blog