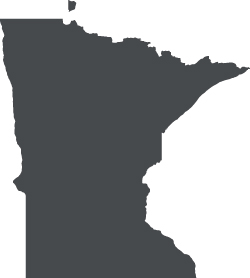 Minnesota
Restrictions set by the Minnesota Pollution Control Agency (MPCA) went into effect last February as part of the revised Feedlot General Permit, which is updated every five years. Agriculture groups in the state opposed the new restrictions, though, contending they were based on incomplete science and data from only portions of the state.

The most recent update to the permit for concentrated animal feeding operations (CAFOs) bans farms from applying solid manure in March and limits application in February. In addition, it requires permitted farmers to plant cover crops in September, expanding the current rule of planting cover crops in the summer months.

Furthermore, if manure is applied during the first two weeks of October, farmers must implement one of four approved nitrogen management practices.

Republican leaders in the state initially proposed a complete repeal of the new winter and fall manure regulations and cover crop requirements, but after negotiations, only the October regulations were removed. The changes were part of a large bill, including a broad swath of environmental policies, that was passed in August.

However, this was a short-term win for Minnesota legislators. The Environmental Protection Agency (EPA) stepped in and exercised its right to veto legislation that conflicts with clean water laws. This move reinstated the original permit written by MPCA, including the manure application and cover crop expectations. The permit is written and implemented by the state but is required under federal clean water laws.

This article appeared in the November 2021 issue of Journal of Nutrient Management on page 5.
Not a subscriber? Click to get the print magazine.