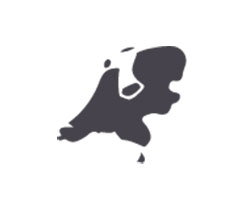 THE NETHERLANDS
The Netherlands is home to 1.57 million dairy cows, but proposed legislation could cut that number by 25% to 30%. Since the country’s highest administrative court ruled that the Netherlands was not reducing excess nitrogen production as was required by a European Union law, measures have been taken to cut nitrogen emissions. This most recent proposal would remove between 395,000 and 474,000 Dutch dairy cows, adding to the 12.5% reduction in herd size already experienced since phosphate-reducing legislation was imposed in 2017.

The country pledged to reduce total greenhouse gas emissions 49% by 2030 (compared to 1990) and 95% by 2050. This will be achieved partially by capping on-farm emissions of nitrogen and phosphate. Even if the legislation is not passed, it is estimated that the Dutch dairy herd may still shrink by 10% over the next five years as farmers leave the industry, trade their manure quota to other dairies, or move to countries that are more welcoming to dairy farming.

This article appeared in the November 2021 issue of Journal of Nutrient Management on page 5.
Not a subscriber? Click to get the print magazine.