The author is an attorney based in Des Plaines, Ill. 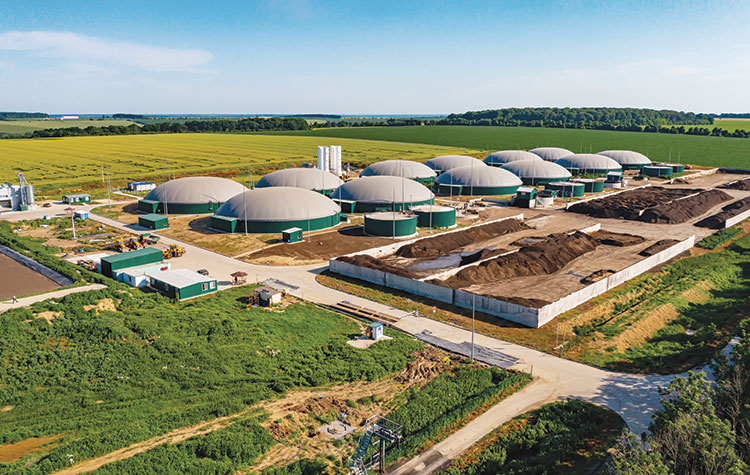 Policies on both New York and California aim to help fund anaerobic digester projects as a way to reduce greenhouse gas emissions.

Biogas is attracting huge interest these days. In this article, I want to share three pieces of American law and policy that are coming together to offer unique opportunities related to anaerobic digesters.

The state of New York, home to many dairies, had a renewable energy policy put forth in New York’s 2019 Climate Leadership and Community Protection Act. Meanwhile, California also has ambitious goals for curbing greenhouse gases related to transportation in the form of the California Global Warming Solutions Act of 2006 (AB-32 Air pollution:greenhouse gases). There is also California’s Low Carbon Fuel Standard (LCFS), introduced by the California Air Resources Board (CARB) in 2009 and implemented in 2011 to reduce the carbon intensity of the state’s transportation fuel pool and provide a growing range of low-carbon and renewable alternatives. These initiatives are supposed to reduce greenhouse gas emissions and also improve air quality in California.

As significant as these are, lying over these pieces of law and regulation is the Biden Administration. This leadership team has backed its goals for combatting climate change in the form of the Build Back Better Act and the U.S. Methane Emissions Reduction Action Plan.

What makes this moment in combatting climate change different and what makes the possible effect of these laws and policies on anaerobic digesters different is a matter of scale. Everyone appreciates the scale of the U.S. federal government and its ability to raise and deploy money.

Of course, supporting anaerobic digester construction is not new for the U.S. government. There have been programs supporting biogas initiatives for some time. In fact, Secretary Tom Vilsack oversaw one such initiative in his first tour as Secretary of Agriculture with the Obama Administration.

The federal government is clearly the player with the most resources to contribute. The Rural Business Cooperative Service (RBCS) can directly influence digester production by giving grants that guarantee loans and supply assistance. The importance of money cannot be overstated. Over a 10-year period, RBCS provided millions of dollars’ worth of support for loans and grants. In addition, the Build Back Better Act would make digester owners eligible for a 30% tax credit.

The federal support doesn’t end there. The methane reduction plan outlines significant supports through various programs detailed in the plan.

After the federal government, the next biggest player to watch is California. The Golden State has one of most ambitious plans to reduce greenhouse gases in the country. In this case, what is profoundly different is that methane now has enormous value, both as an alternative fuel for electricity, buses, and trucks and as a source of “credits” under California’s Low Carbon Fuel Standard. Digester methane, which has low carbon intensity compared to fossil fuels, can be used to offset them and generate credits that can then be sold.

New York’s 2019 Climate Leadership and Community Protection Act is a huge and sprawling piece of legislation. It mandates that greenhouse gases in New York be reduced by 40% by 2030 and 85% by 2050. At this point, it’s uncertain exactly what policies New York will pursue in the future. They are in the discussion phase.

In the meantime, New York anaerobic digesters are in a position to both export renewable natural gas to California and to offer credits under its Low Carbon Fuel Standards for sale. All of this support may lead to constructing digesters and methane production. Of course, the methane has to be used either on-site or for off-site electric generation, and, at least in the example of California, renewable natural gas that yields both fuel for buses and other vehicles but credits for creating a fuel that is “cleaner” than gasoline or diesel fuel from oil. New York also has various programs in place to support methane including its green bank that can offer financing.

California can, of course, produce at least some of its own renewable gas, but other states such as New York certainly have an incentive to get in on it. With the weight of the federal government behind methane reduction, the results could be a very interesting and profitable time for the digester business. However, there is some reason to be cautious because polices can change.

This article appeared in the August 2022 issue of Journal of Nutrient Management on pages 10-11. Not a subscriber? Click to get the print magazine.