Tracking down the nitrate source

By Michael Sklash And   Fatemeh Vakili 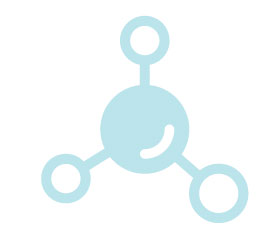 A common reaction to the word “isotopes” is that they are nasty fallout from atomic bombs. This article explains how isotopes (even some related to atomic-bomb fallout) have helped to change our understanding of where nitrate in streams and groundwater originated. Hint: It may not be what you think.

Remember how we used to think of atoms in high school? There are three things to remember. First, an atom is the smallest bit of an element, like hydrogen (H), that retains the chemical and physical properties of that element.

Third, protons and neutrons have mass (weight). Electrons do not.

Hydrogen isotopes are denoted by the superscript next to the “H.” The superscript is the atomic mass (protons plus neutrons). Heavier isotopes (those with higher atomic mass) behave differently than lighter isotopes during physical processes like evaporation of water.

How have isotopes changed our understanding of where nitrate in streams and groundwater originates?

First, scientists used hydrogen and oxygen isotopes in water molecules to determine the relative age of stream water during storms.

Second, scientists utilized tritium in water molecules to determine the age of groundwater.

Third, scientists used isotopes of nitrate in groundwater to determine whether the nitrate originated from commercial fertilizer or manure.

Why should you care about the age of the water in your stream?

It is commonly understood that, with few exceptions, when a stream is at low flow during drier conditions (“base flow”), the water in the stream comes from groundwater seepage. Up until the 1970s, it was generally thought that when there was a storm in a watershed and flow in the stream quickly increased, the extra flow was water from that specific rainfall event (known as overland runoff).

This thinking started to change in the 1960s and 1970s. Scientists began using hydrogen and oxygen isotopes in water molecules as watershed-wide natural tracer experiments to determine where the water in streams originated during storms. This included snowmelt events, too, but we will focus on storm events for this article.

One of the earlier studies by Michael Sklash and Robert Farvolden in 1979 used oxygen isotope ratios to determine the percentage of rain and groundwater in storm runoff in a small, sandy agricultural watershed. Contrary to intuition and most textbooks, they determined that groundwater supplied at least 80 percent of peak flow during some large storms.

Dozens of studies have followed with similar results depending on soil types, antecedent moisture conditions, slope, and other factors. The higher water flows in streams following storm events contains a large proportion of old, stored groundwater that was already in the catchment prior to the storm.

What does this mean for the stream on, or near, your farm?

If someone samples your stream during base flow and tests for nitrate or other chemicals, the data may not reflect your current agricultural practices.

Similarly, if someone samples your stream during a storm runoff event and tests for nitrate or other chemicals, the data likely are greatly influenced by past agricultural practices.

How old is your water?

Although groundwater can be very responsive and contribute to storm runoff, in general, groundwater moves very slowly. The groundwater beneath your land could be tens, hundreds, or thousands of years old. Tritium (3H) can be used as a watershed-wide tracer to determine the age of your groundwater.

Third, tritium concentrations rose to thousands of TU during the Cold War atmospheric testing of nuclear bombs; this was called “bomb tritium.” The bomb tritium input peaked in 1963 and diminished after the USA and USSR signed an atmospheric test ban treaty. Finally, since tritium is radiogenic, the amount of 3H in precipitation has gradually decreased since 1963.

As a result of this tritium input history and behavior, we know:

What does this mean for groundwater on your property?

Scientists can use the ratios of two nitrogen isotopes (15N/14N) and oxygen isotopes (18O/16O) in dissolved nitrate (NO3) in groundwater and surface water to determine the source, or sources, of the nitrate.

Commercial chemical fertilizer and manure have different nitrogen and oxygen isotope signatures. Margaret Townsend and others (2001) provide a simple bar graph that indicates groundwater impacted by commercial fertilizer has a relative 15N/14N concentration range of about -5 to +10 per-mille, while groundwater impacted by manure has a relative 15N/14N of +10 to +25 per-mille. Graham Fogg and others (2005) evaluated many 15N investigations and demonstrated similar isotopic differences between farm fields that had applied animal waste versus chemical fertilizer. Some scientific papers report slightly different limits.

What does this mean to the farmer?

Groundwater flow and groundwater chemistry are frequently more complicated than regulators consider them to be. If anyone finds nitrate (or any other chemical) in your groundwater or stream water, do not automatically assume that the nitrate comes from your agricultural practices.

If there are different potential sources of nitrate on or around your property, using isotope signatures is a useful tool for determining whether the nitrate comes from current or past agricultural activities.

This article appeared in the February 2020 issue of Journal of Nutrient Management on pages 30 and 31.
Not a subscriber? Click to get the print magazine.

Managing nutrients in cold climates Next